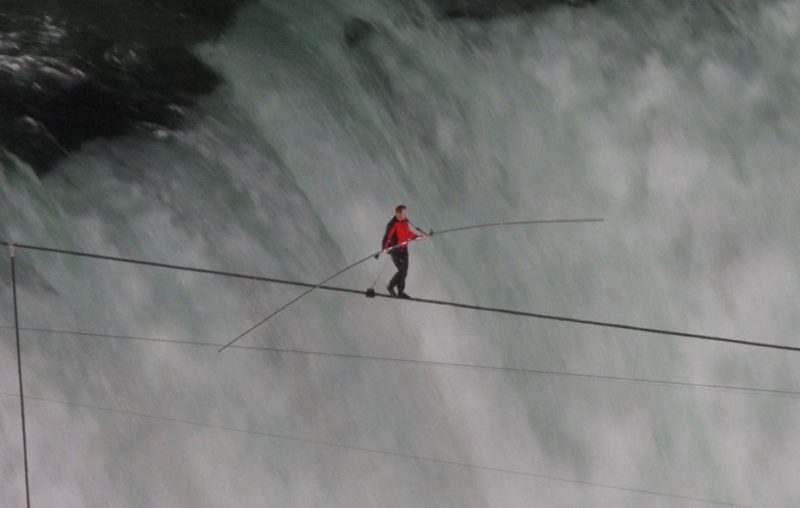 A tad before noon on a perfect day. Cool, a bit of a breeze, bright blue skies.

Fate hangs in the balance.

Sometime today we will hear whether or not our house passes air quality inspection. Samples are in the lab. We are on pins and needles.

All work to remediate the unpleasantness is complete, the crawl space deep-scrubbed and hermetically sealed, the HVAC air handler disassembled and painstakingly cleaned, all ductwork replaced anew. Five air scrubbers and four dehumidifiers have been running 24/7 for a solid four weeks, raising the internal temperature of the house to right around 100*f for most of that time. One shudders to anticipate the power bill that attends to this; the electric meter is flashing so fast you cannot really see it. Then again, this will amount to but a piffle in the overall cost of things.

We – Stanwyck and the dogs and I – have been camped at the Mom’s two BR condo for the duration. Pros: Close to home. The dogs are happy. We are all getting along swimmingly. Walkable to coffee and other suchlike.

Cons: It is damnably “cozy”. Hard to work for any extended stretch of time.

Bottom line: How lucky we are to have had a place to land.

I had joked to a friend about being homeless for this stretch. That afternoon I watched a man push a bicycle laden with all his worldly possessions across 7 lanes of traffic to get from his “home” under the interstate overpass to wherever he was going next.

How dare I even?

One might say, if one were disposed to the cosmic woo, that the Universe has been generously offering us opportunities to ‘work on ourselves’. I would suggest that the Universe cares fuck all about the state of our selves, indifferently random in its relentless course.

That does not mean that I fail to recognize the opportunities no matter how they arise. Um, er, uh…most of the time anyway. Or at least sometimes.

A while back I shared some thoughts about Alan Moore’s epic and fantabulous novel Jerusalem. I’ve been thinking about the book a great deal, especially as regards the non/existence of human agency in the grand drama.

One scene in particular stands out. Legendary non-Conformist theologian Phil Doddridge – one of those people who would today be the target of sneering as some kind of ‘social justice warrior’ – finally has the opportunity to have a discussion with one of the Master Builders, an architect of the Cosmos. It is a chance at last for Doddridge to get an answer to the question that plagued him for centuries, both before and after death, wondering…

Aziel the Angle (as the carpenterish angels are known in Mansoul) shook his head.

…Did you miss it?

They shared a pretty good laugh at that. I laughed, too, though my guffaw tapered off to mordant chuckle pretty quickly.

I’m not willing to totally discount the possibility of human free will, but I am pretty comfortable with the fact that most people are generally too asleep to behave in any but the most automatic and predictable ways. It may be that it takes a shock to the system to jolt any of us into some kind of truly intentional action.

Or perhaps I am more naturally dozy than most folks.

Either way, we have been afforded copious opportunity to awaken of late. Yeah, I’ve been pretty darn sick. But I had great insurance and world-class care. All indications are that I am doing great. And yeah, the house was all nasty with mold and accompanying yick, but we found good people to repair the damage (fingers crossed!) at a fair-albeit-choke-inducing price.

And yea and verily were we cast from our home, exiled into the wilderness of the Mom’s cozy-yet-more-than-adequate condo. Granted, moving in with your Ma at age 60 is more than a tad humbling, but help was available. As it seems to have been at every step of the journey. We may arrive and depart this world alone, but in between we are part of an astonishing web of human connection. If only we might see it. If only we might participate in it, no matter how humbling and scary and vulnerable it might make us feel.

One of the more staggering outpourings of help has been the utterly unbelievable response to the GoFundMe campaign some fine friends launched on our behalf. The generous display of love and support from friends and family and – wow holy cow wow – people we have never met has been more than enough to undermine my well-cultivated cynicism about the state of human kindness.

I have been dangling from the psychic tenterhooks ever since the air samples were collected. Everything should be okay. But maybe not. There might well be another duration of remediation and exile. I have been consumed with dread, with the idea that I really do not think I can stand another opportunity to work on my damn self.

But as I was lying awake last night after Stanwyck shook me from a dream – a dream in which a familiar corporate drone was heaving piles of work at me over the cubicle wall. Stanwyck wondered at whom I was forcefully saying aloud, “Fuck you! Fuck YOU!” Lucky for us both, I did not act out the chestal finger jab I delivered in the dream.

But really, there it was. Bring it on, Universe. Gimme your best shot, ya bastid. I got Stanwyck and the kids and a universe of amazing friends on my side. Hit me with your best shot. I can take it. Fuck you! Fuck YOU!

Now I will go sit in a corner and tap my fingers incessantly until the call comes. Are we in or are we out? I can take it…